Originally published on Torontoist on November 30, 2011. 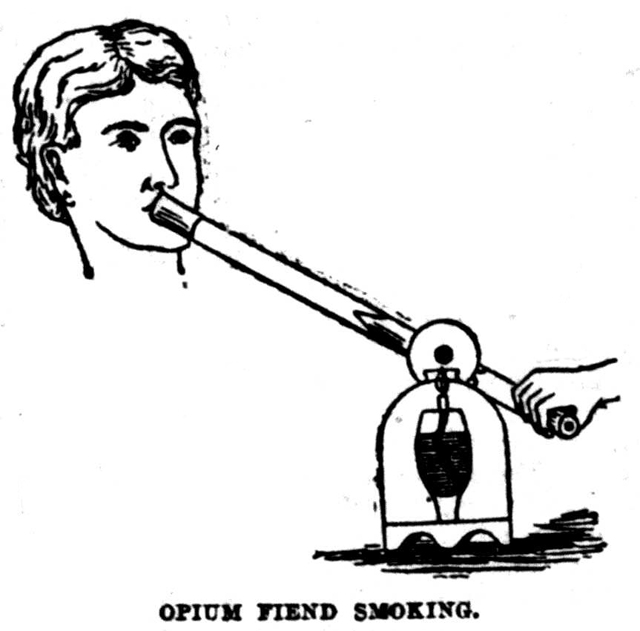 When Councillor Giorgio Mammoliti (Ward 7, York West) mused in Monday’s  Sun about the possibility of opium dens lurking within some Toronto massage parlours, we couldn’t help but conjure up pulpy images of seedy locales dripping with racist Yellow Peril stereotypes. Which got us thinking: did Toronto have a problem with opium dens back when Asians were always quoted in pidgin English and readers devoured tales of drug lords like Dr. Fu Manchu?

As a late-19th century newspaper expose succinctly put it: “There are opium dens in Toronto.”

Over the course of three days in the early summer of 1892, the Empire titillated readers with the account of a fearless reporter’s journey into the underworld of Toronto’s opium dens. Guided by a reformed “opium fiend” from Chicago, the uncredited journalist promised to astound the public “with a surprise approaching incredulity.” In the neighbourhoods where dens were located, police and residents claimed ignorance of their existence: “Some went as far as to pooh-pooh the very idea that they could exist in moral Toronto without the fact becoming known to the morality department at least.” While partaking of opium was once so socially accepted that raw materials were advertised in the Globe, by the 1890s it was seen as a shameful activity presided over by Chinese immigrants.

The media often laid the blame for the dens solely on their operators and usually glossed over the culpability of their white patrons.

In order to access the dens, the reporter had his guide bring a letter of reference written in Chinese from a den owner in Chicago. They were denied entry to dens located at 18 Queen Street East and 42 Jarvis Street (which the duo blamed on their healthy appearances), but they succeeded when they reached the premises of Sam Lee at 321 Parliament Street:

The exterior of the shop is very unpretentious indeed, and its interior is no better. The front window is closed up with shutters, and the place has the appearance of being kept by a man whose interest in life is gone. As the ex-smoker entered the shop the old man at the ironing board sighed, and again bent down to his work on the bosom of a shirt. The letter was shoved over to him, and he stopped ironing long enough to read it. After perusing its long columns he folded it up, raised a face wasted by 40 years of opium smoking. Wearily he shook his head.

“Me no smokee,” was his answer, in a husky voice.

The guide and the old man questioned each other for several minutes before access was granted to a narrow, musty stall in the corner of the store. The partitioned-off area contained a bed, pillows, and all of the equipment required to enjoy opium. A lengthy description of how to smoke the drug followed. Among the other users they encountered, at least one was deathly afraid that their Sunday school teacher would find them patronizing a den.

As the pair visited other dens, word spread around the proprietors and they were soon denied access. The reporter concluded that despite the suspicion he encountered, and their own occasional opium-taking, the Chinese community in Toronto were “a much superior class to those who are found in American cities. But for their extreme suspiciousness they would probably be a hospitable lot of men, quite as anxious to do a suffering ‘fiend’ a kindness as to take the few cents charged for the favour.” His final thought was that “no good would follow the extension of the horrible fetish of whose dominion only a glimpse has been given.”

News of the exposé spread as far as Saint John, New Brunswick, where the front page of the Daily Sun proclaimed that “now that the dens have been pointed out, it is quite likely a police crusade will be in order.” It wasn’t just yet; as a police officer admitted to the Empire, there weren’t any laws prohibiting the use of opium or den keeping, which left the force powerless. 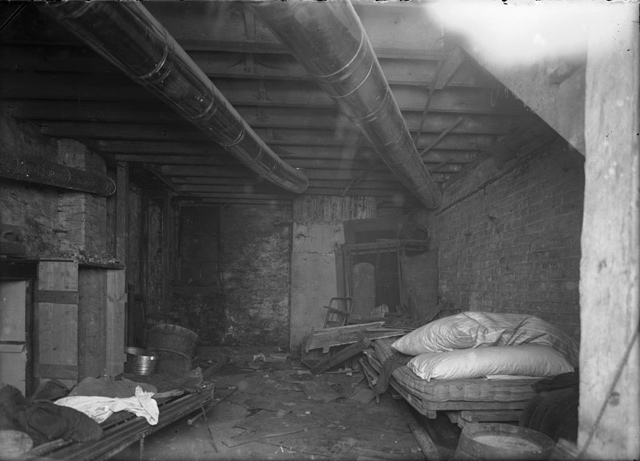 The legal situation changed in 1908, when federal Minister of Labour William Lyon Mackenzie King drafted the Opium Act, which criminalized trafficking and possession for sale. The law seemed squarely aimed at the Chinese community, especially in cities like Toronto and Vancouver, as other provisions of the act allowed respectable pharmacists to continue selling opiates with no problem. The first charges in Toronto under the new act were laid in July 1909, when Lee Chung Lung of 154 York Street and Tie You of 169 Richmond Street West were fined $100 each for operating opium dens on their premises. Police Magistrate Rupert Kingsford warned that the two men were being let off lightly, as future offenders would be jailed. Ten found-ins were also brought to court, but their charges were dropped as “the keeper is most to blame, getting those poor wretches into his place to smoke that stuff.”

Over the next two decades, the Chinese community complained of receiving harsh treatment from the police whenever people were found in opium or gambling dens. Charges were often reduced or dropped by judicial officials with paternalistic streaks toward the Chinese. Stories about opium gradually faded from the news, and seem so far in the past now that even if Councillor Mammoliti’s current claims are true, the nature of the issue makes his concerns fit neatly with his penchant for bizarre actions in the name of the public good—can we expect to see him park outside a suspicious parlour with video camera in hand?

The complete Empire series on opium dens. Because of the size of the files, you’ll find them via these links: