Part One: After the Nativity Has Gone

Originally published on Torontoist on January 17, 2008. 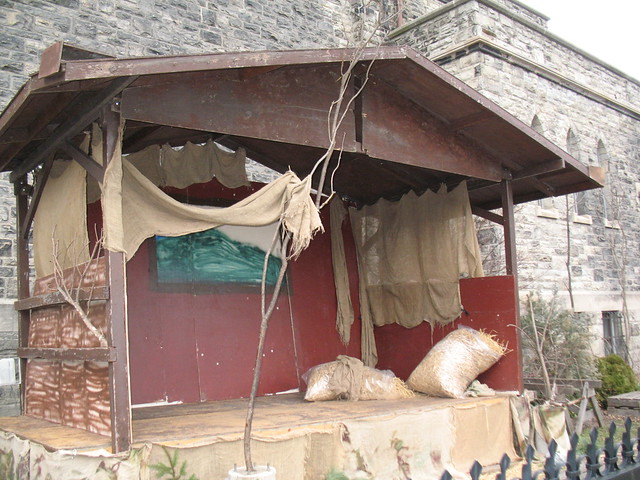 Religious displays are not immune from the slow pace of cleaning, though we suspect that this nativity scene at St. Francis of Assisi Church at Grace and Mansfield also depicts an event that the Bible overlooked. Religious scholars debate if burlap, hemp, or Glad bags were the preferred choice of turn-of-the-era stable boys.

Originally published on Torontist on January 31, 2008. 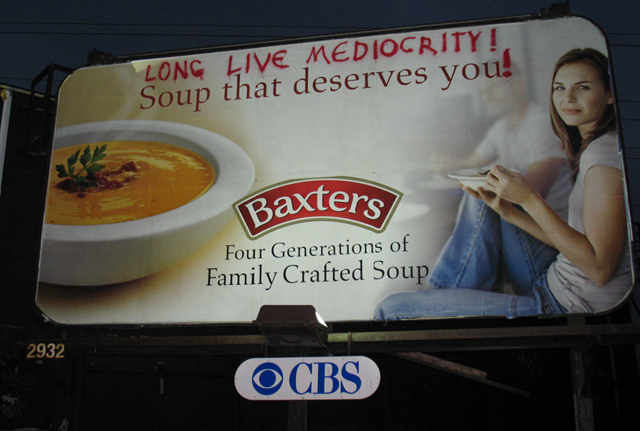 Drivers passing through the south end of Leaside on Millwood Road may have noticed commentary added to a Baxter’s Soup billboard. An anonymous critic with a penchant for exclamation marks has unleashed their critique of the petit bourgeoisie of the neighbourhood, chastising them for falling for the flattery of an instant meal that appeals to their yuppie pretensions and expensive jeans.

It might also be the work of a disgruntled diner who thought that the can of butternut squash and red pepper soup they bought on sale last week only rated two-and-a-half stars out of five.