Originally published as a “Historicist” column on Torontoist on September 3, 2011.

As Toronto grew in the 1920s and its population pushed northward, traffic pressures on the few downtown arteries that ran north of Bloor Street intensified. During that decade, city planners devised several street extensions to relieve increased traffic on Avenue Road and Yonge Street. Of extensions proposed for routes like Bay, Jarvis, and Sherbourne, the lengthening of Church Street from Bloor Street to Davenport Road at Yonge Street was the first built.

The extension received its initial approval during a fiery meeting of the City’s works committee on October 7, 1929, where the $1.1-million plan passed by a 14-13 vote. Alderman Andrew Carrick walked out of the meeting when Mayor Samuel McBride  moved to take the vote without any discussion of the issue—newspapers reported that negative comments he made on his way out of the chamber were drowned out by remarks from other aldermen. Fellow alderman John R. Beamish was one of the loudest opponents of the plan; he believed that other extension projects like the connection of Sherbourne Street to St. Clair Avenue (a plan that eventually evolved into the Mount Pleasant Road extension) were worthier of funding. “This Church Street extension would be a waste of money as at best it would provide merely a temporary relief of traffic,” he told his colleagues. The pro-extension side was best summed up by Controller A.E. Hacker, who noted “there is a lot of traffic congestion east of Yonge Street, and if any improvement is made it has to be started soon. Traffic in this city has got to move regardless of expense.”

The next obstacle was funding. The City assessed property owners along Church from King to Bloor and those 600 feet of either side of that stretch to pay for 75 per cent of the project (the City would fund the remainder). Reaction was mixed among the affected landlords: some at the south end of the street felt the new flow of traffic would make their stretch more attractive and raise property values, while others saw no benefit and wondered why landowners south of King didn’t have to contribute. Among those in favour of the assessments was H.B. MacDonald, who owned 120 Church Street. “Any through street is a help,” he told the Star in February 1930. “It is a benefit to the street and to Toronto. Give a street access to the outlying parts and it will be livened up. From Yonge Street to the Don below Bloor is dead now and I think that this will improve it.” 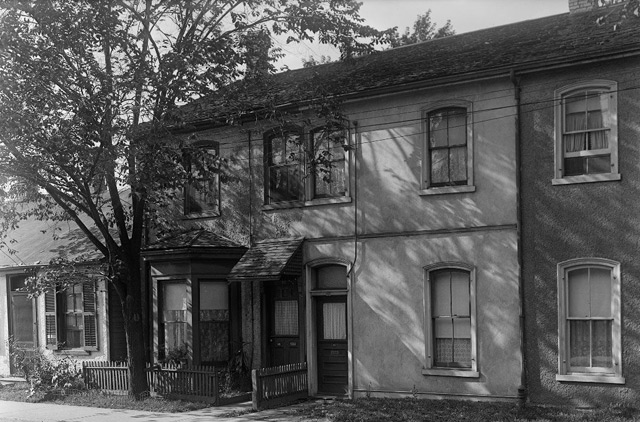 The project was jeopardized when a petition presented to City Hall at the end of March 1930 showed that 692 out of the 1,081 affected property owners were against the extension due to the funding scheme. The extension was declared dead for a few weeks until it was revived by a Board of Control vote on April 16, 1930, to reverse the funding formula to 75 per cent city, 25 per cent property assessments. Disgruntled property owners remained, such as one who submitted a letter to theStar under the nom de plume of 14th-century English revolt leader Wat Tyler:

The proposed “so-called” Church St. Extension which was petitioned against by a large majority of taxpayers in vicinity is not a real extension, and is not wanted by them. The plan of the route is a miserable one; the cost enormous; the policy destructive, taking into consideration the good houses to be destroyed, the creation of islands of some properties and depreciation of adjacent properties. Church St. owners should not be compelled to finance a motor or transportation road for the benefit of the whole city. 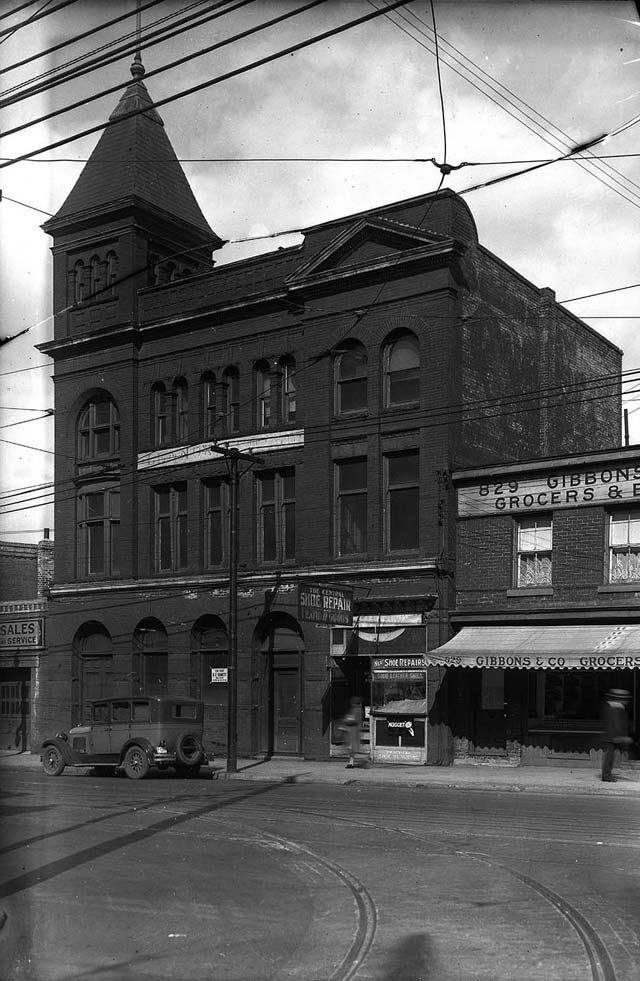 By October 1930, preparation began to demolish properties along both the extension and the simultaneous widening project along Davenport Road from Yonge Street to Dupont Street. Among the most notable buildings to disappear from the cityscape was the Lennox Hotel at 831 Yonge Street. Built in 1892 by Richard Lennox, it was considered a regular stop for businessmen, farmers, and stagecoach drivers during its early days. Owners who had their properties expropriated seem to have been paid well; a list published in the Star on January 31, 1931, articled 15 properties, mostly along Davenport, for which the owners received anywhere from $1,200 (for part of a township lot) to $10,000 (for 35-37 Davenport Road).

In a timeframe unheard of these days, the TTC quickly constructed a new streetcar loop at Church and Asquith Avenue during late March and early April 1931. According to the June 1931 issue of The Coupler, “it wasn’t a very promising looking site from a beauty viewpoint, and yet we had good hopes that when the loop was completed and the landscape work finished, the Commission would have no reason to be ashamed of its handiwork.” Two houses were demolished to make way for the loop, which allowed the TTC to extend its Church streetcar line (which ran down to Front Street) a few blocks north and not tie up loops elsewhere.

Passengers passing through the Asquith loop would have disembarked in a neighbourhood that remained primarily composed of family residences, thanks to a bylaw passed by city council on April 7, 1931, that forbade the construction of businesses and apartment houses along the Church Street extension. The bylaw may have been spurred by complaints from nearby institutions like Park Road Baptist Church, whose initial request to have the road be residential was turned down due to the financial opportunities for the City in selling off expropriated land that turned out to be surplus. Several councillors, including future mayor William Robbins, opposed the bylaw on the grounds that a widened street and public transit service made it ideal for apartments.

One of the storefronts that vanished when Church Street was connected to Davenport Road was Britnell’s Art Galleries at 880 Yonge Street, which was owned by the same family as the Albert Britnell bookstore further south on Yonge. September 29, 1930. City of Toronto Archives, Fonds 200, Series 372, Subseries 3, Item 941

The extension was officially opened in a ceremony along Yonge Street on July 16, 1931. Red, white, and blue ribbons were strung across both Church and Davenport. Mayor William J. Stewart began the string of speeches from City officials by praising the extension as “an asset not only to the district immediately affected, but to the city at large and will be an aid to transportation and business.” He was followed by Controller J. George Ramsden (for whom Ramsden Park was named), who reminisced about the state of the neighbourhood when he lived there in the mid-1880s and boasted about his advocacy of the project. Both men were handed, in the words of the Globe, “a pair of gold-handled scissors taken from a blue case” and proceeded to cut the ribbons—Ramsden took care of Church Street, while the mayor freed up Davenport Road. Following an official motorcade, regular traffic began flowing down the new street.

Though Church Street has not been extended further north since that time, a plan presented to city council by works commissioner R.C. Harris in May 1930 proposed just that. Had that plan gone through, Church would have continued northwest along present-day Davenport Road to the Nordheimer Estate (which met the road at present-day Glen Edyth Drive), then followed the Nordheimer Ravine until the road ended at the intersection of St. Clair Avenue and Spadina Road. Like other ravine-based roadways proposed over time for that area, this plan never came to pass.