Originally published on Torontoist on January 22, 2008. 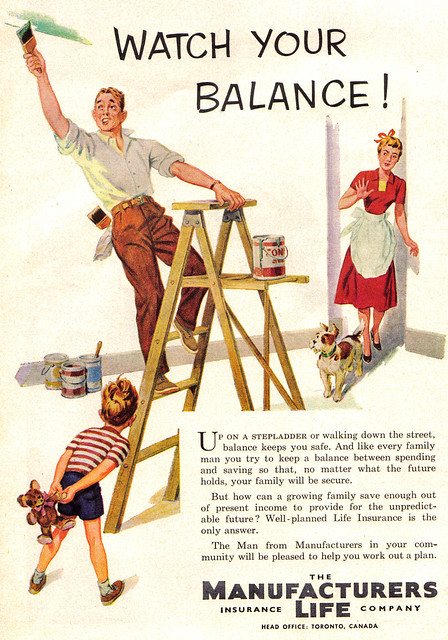 How will this space-age family’s future lose its balance?

The Manufacturers Life Insurance Company issued its first policy in 1887. The company’s first president was Prime Minister Sir John A. Macdonald, though it is uncertain whether any policies were issued to cover his fondness for fermented beverages (though Macdonald was succeeded by distiller George Gooderham). After a spell in the King/Yonge area, its Toronto headquarters settled on Bloor Street East in the mid-1920s. The Manulife brand was adopted in 1971, a year before ground broke on the tower that bears its name at Bay and Bloor.